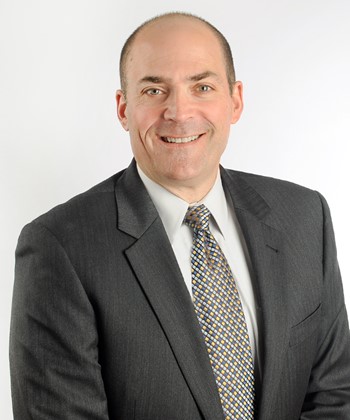 Senior Vice President Industrial Development, Prime Group Realty Trust 1997 – 2000
Prime Group Realty Trust is a fully-integrated, self-administered, and self-managed real estate investment trust which owns, manages, leases, develops, and redevelops office and industrial real estate, traded on the New York Stock Exchange. Mr. Magid was responsible for the development of the company’s industrial land and buildings. While with the company, he completed the development of a state-of-the-art 242,000 warehouse and distribution facility in Libertyville, Illinois and a 262,600 square foot thirty-two foot clear warehouse and distribution facility in Carol Stream, Illinois.

Mr. Magid has also led the development of an approximately 147-acre industrial park in DeKalb, Illinois. He worked with Goodyear Tire & Rubber Company on the land acquisition and planning of a 1,000,000 square foot regional warehouse and distribution facility as the anchor user for the development, which was completed in the fall of 1999.

Vice President, Industrial Building and Development Company 1991 – 1997
Industrial Building and Development Company, headquartered in Northbrook, Illinois, specialized in the development and management of industrial properties. The company merged with the Prime Group, Inc., in November 1997, to form Prime Group Realty Trust. Mr. Magid’s responsibilities included the management and operations of the approximately 1.2 million square foot industrial portfolio. He was responsible for the development of the ninety-five acre Libertyville Business Park in Libertyville, Illinois, which opened in the spring of 1995. The project required taking a raw piece of farmland to a high-end business park. Mr. Magid’s responsibilities included the following: zoning and entitlements,
infrastructure design and improvements including roads and utilities, overall park design and land planning, marketing and design and development of a 212,831 square foot speculative warehouse and distribution building.

In 1996 Mr. Magid completed the development of a 217,600 square foot building on a build-to-suit basis for Motorola. The building, located in McHenry, Illinois, is a highly technical manufacturing facility for Motorola’s Cellular Infrastructure Group was completed on a “fast-track” schedule.

While at Industrial Building and Development Company, Mr. Magid was involved in all aspects of the industrial real estate business including development, construction, management, marketing, leasing and financing. During his management, IBD has successfully completed development of over 550,000 square feet of industrial buildings between 1994 and 1997.

Senior Consultant, Andersen Consulting 1988 - 1991
Prior to joining Industrial Building and Development Company, Mr. Magid was an information consultant with Andersen Consulting working with large systems integration clients. He focused primarily on clients in the distribution logistics and telecommunications industries. His major engagements included U.S. Sprint and Sears of Canada.

We’ve updated our policies. By continuing to use this website, you agree to the use of cookies and similar tracking technologies described in our Cookie Notice.